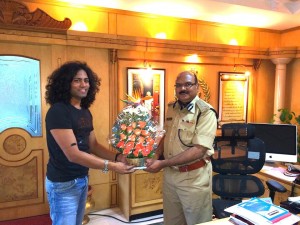 Vaada Foundation, then, honors Mr. Prasada Rao with a bouquet of flowers for the support and efforts he has put in making the fight for the cause efficacious.